Descendants of Elder Brewster, the first churchman in the new world, the Crowell’s were a prominent family on the East Coast. The family fortune was made in trade from their clipper ships which sailed the world. Besides a ship’s captain, Prince Crowell was also a ship builder, president of two banks and an abolitionist. His son, and our benefactor, was Christopher Columbus Crowell.

C. Crowell and his wife Polly Foster Crowell (married in 1867) migrated to Nebraska in 1869. Christopher worked with John I. Blair, the founder of Blair, Nebraska, to bring the railroad to the new town and became an influential businessman in the area. C. C. Crowell was also the first full-time mayor of Blair. The Crowell Lumber and Grain Co. at one time had 15 sites in eastern Nebraska during Christopher’s lifetime, and later relocated to Omaha with 23 sites.

After a visit to Blair by Prince Crowell, who declared their modest home not befitting a prosperous young businessman, an 18 room mansion was built for C. C. and Polly’s family. The home was graced with 17 marble fireplaces, mahogany and ebony parquet floors and a magnificently carved cherry wood staircase. There were stained glass windows, murals and a beveled mirror imported from France at the cost of $500. Polly oversaw a staff of several servants maintaining the three and ½ story home, a gardener taking care of the extensive grounds and a tutor was added as the family grew to include six children.

In 1905, when the Crowell’s decided to retire to California, their mansion was donated to the Methodist Church to be used as a retirement home for Methodist ministers and their wives. Over the years, the gift has expanded many-fold into an all-inclusive care center for area seniors. Beautifully landscaped grounds, newly decorated public areas and private rooms continue to make Crowell Home a “Good Place to Call Home.”

We strive to honor the legacy of the Crowell’s by providing the very best care possible to those entrusted into our hands. 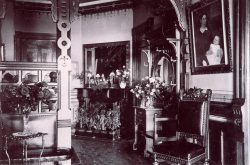 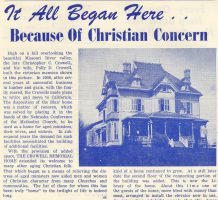 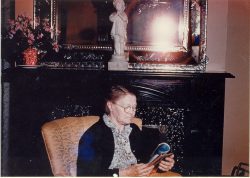 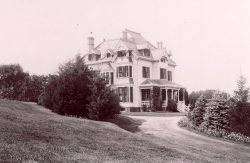 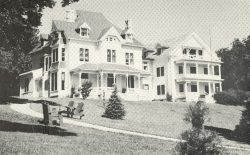 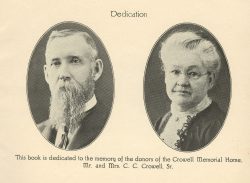 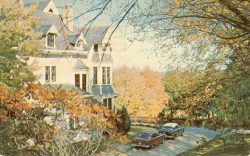 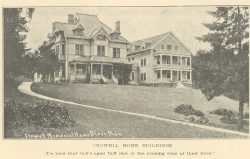 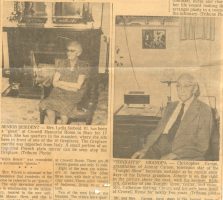 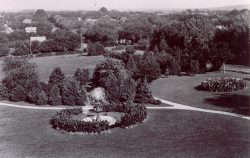